Solo show at The Driskill Hotel

Local artisans and vendors will be showcasing their wares from 1-7pm. Enjoy browsing under the shady live oaks in our biergarten, cold beer in hand, being serenaded by live bands, all the while supporting local makers. Not a bad Saturday. Bands:
1:30pm JJ Rapscallion
3:30-5pm Milktoast Millie & The Scabby Knees
5:30-7pm: Rick Hornyak

"It's called Austin rock. [He] knows how to hold a crowd and move them at the same time."

With his first record, Marigold, Rick Hornyak threads bittersweet lyrics through strong, warm melodies, inspired by American rock. The result: a true, classic American sound that resonates with all audiences. And while his sound has a soft, Bruce Springstein feel, he can get an entire room of people on their feet.

Rick's music is inspired by The Avett Brothers, Bob Dylan, Tom Petty, Van Morrison, Ray LaMontagne, James McMurtry, John Prine, The Rolling Stones, The Beatles, Neil Young, Johnny Cash, John Lennon, The Who, The Black Crowes, Aerosmith, Fleetwood Mac, Wilco, and so many of the new artists that are contributing to the resurgence of Americana music.

Click here to listen to studio recordings from Marigold and other releases.

Click here to watch Rick and his band performing live. 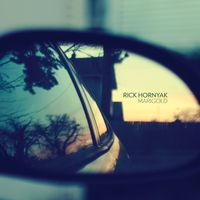 Rick shares with us the experience of his journey in his first album, Marigold, a collection of songs best described simply as easy, honest, and sincere. Each song reflects the inspiration and influence of legendary Austin, Texas. Recordings feature GRAMMY award-winning musicians including Cindy Cashdollar, Lloyd Maines, and members of Robert Earl Keen’s band and Asleep at the Wheel. 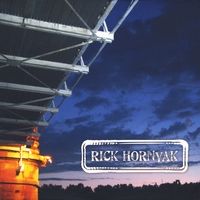 Rick launched his solo career with a sample of his music in 2008, which he sold to fans while on the road.  Soon after, he began writing and recording his first full-length album, Marigold.

Rick proudly recognizes several Austin musicians on this self-titled EP, each established at the national level. Contributing musicians include Scott Matthews, who has toured with The Dixie Chicks, Dale Watson, Ray Wylie Hubbard, and The Derailers, as well as Matt Brooks & Brendon Bigelow, currently playing for Two Hoots & a Holler.